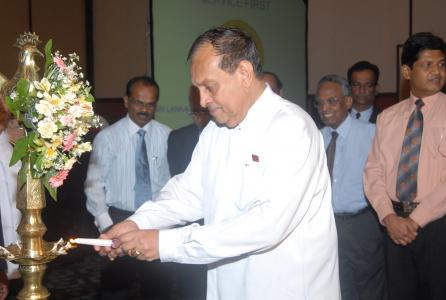 With the Participation of Hon. Karu Jayasuriya, Minister of Public Administration and Home Affairs as the Guest of Honor, the 26th NM of SASA held on 26th May at Waters Edge, Battaram.4la.

The first phase of the programme was a Management Seminar which consisted of three presentations delivered by Mr. Lalith Weeratunge, Secretary of the President, Mr. S. Ranugge, Secretary Ministry of Export Development and International Trade and Mr. Sanath Ediriweera, Director (HR). Shell Gas Co Ltd. The services rendered by the ex-presidents of SASA and the high performance by our colleagues through wiring the National Productivity Award were appraised by SASA by presenting a special award

"Gee Rasa Windana musical programme was held in the evening to refresh the gathering and it was followed by "SASA Night?, the annual get-together of SASA colleagues